What is IT? I am not talking about Information Technology, IT. Nor am I referring to the Stephen King movie "IT" or the movie starring Clara Bow. The 'It' I am referring to is the object that we strive for in our day to day. It is the thing that fills in the blank; "I am seeking "IT". It is the thing that gives us purpose to go on. It is the reason why we work as hard as we do. Gives meaning to all the sacrifices we make in order to get us closer to "IT". But IT is a jester for once you think you got IT, you find that object is no longer is. IT simply becomes something else and the hunt begins again to acquire that new IT. In the end, when you part from the living, is that you never get IT. That is life's big joke.

There was a time... or rather the story should start out as 'Once Upon a Time in a far in distant place". I was a writer of some elastic substance. Everyday I would carry my creative journal, which I would buy on my New Years, aka birthday, and I would carry it with me where-ever I went. I would scribe notes, verse, and ideas. Most time I would fill 3 or so journals a year. This was a perfectly fine way to gage the years' creative progress. Some of the stuff I used from these journals I would be able to utilize to create scripts, stories, poems, and songs. Journaling is a helpful tool also to break the evil 'writers block'. Just listening to music live or from the stereo and challenging myself to write what comes to mind then stop when the song would be over only to find I was able to scratch out a page or two.

Things have changed though. Ever since 2011, when I had some traumatic experiences ever since the parting of my brother Bobby. The man that I got involved with that same month and married months later, proved to be an abusive alcoholic. He would wake me in the middle of the night yelling about something while pointing guns at me. I could not talk to anyone nor invite my son over.

Coming home from work, which I was already stressed all day as an Account Receivable Specialist, driving and stressing at wondering what I was going to come home to. Home became a land-mine. Each month he got worse till one night I left a message for my son, "if anything happens to me remember I love you." Peter called back and told me to move out. The next month I let my husband know I was moving to a separate place because he was just too dangerous and he had refused to get help. The day before the move, he held me hostage and threated to shoot us both. He kept his Glock in my face while his hand shacking as he yelled. Eventually the police came and arrested him on 6 counts. Next day he posted bail and was back home. I tried to be supportive but I would not move back in. On the 1 year anniversary he shot himself in the chest front of me.

There was also the trauma afterwards in dealing with his family over estate issues and dealing with their blame game. I worked three more years in my stressful job, just buried in my work, and did not talk to anyone at work or to any friends or family outside of work... I lost sleep (but gained nightmares), along with my appetite (lost over 50 lbs without trying in 5 months), no desire to go anywhere, no desire to write or play an instrument... I lost a big part of myself. I was broken. Left work in Feb 2015 after being so depressed to the point I was seriously planning on suicide ~ did the research and knew how I would go, not like the way David went, but my own way.

Those other times in my life when I had suicidal tendencies I would create a project or find a reason like waiting until I get the taxes done. By the time the project or event was done I would be past that period of wanting to kill myself. 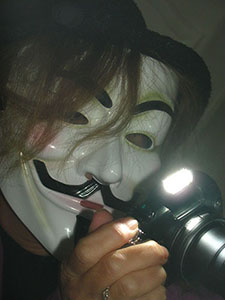 This time, months before I left work I changed my life insurance that I was leaving behind for my son. It would mean I would have to wait 2 years before I think of doing suicide. Surely I would be over this "down" period by then. When I left work and started treatment I found out how really bad I was. The depression, anxiety, nightmares, lack of sleep and seeing his face in crowds, afraid of nearly everything like talking on the phone and driving more than 5 miles all this and more were more pronounced. The suicidal thoughts hung around.

Eventually, I found a good pair of psychiatrist and psychologist. On medication for depression, anxiety and PTSD. 2 years later I am still struggling to get back to who I was. I have not written anything in my yearly journals that this year I stop buying journals. Last year I finally did my 5000 word challenge for the National Novel in a Month. The novelette I wrote, simply called "The Head", lacked a memorable voice. There is much I have to get past. I am still afraid of talking on the phone, nervous driving certain distances, sleep issues, nervous around people, and numb. I wonder how long before, if ever, I get that creative voice back and stop fearing.

Hope you are enjoying my site. Below are a few links to my poetry pages and resume page. 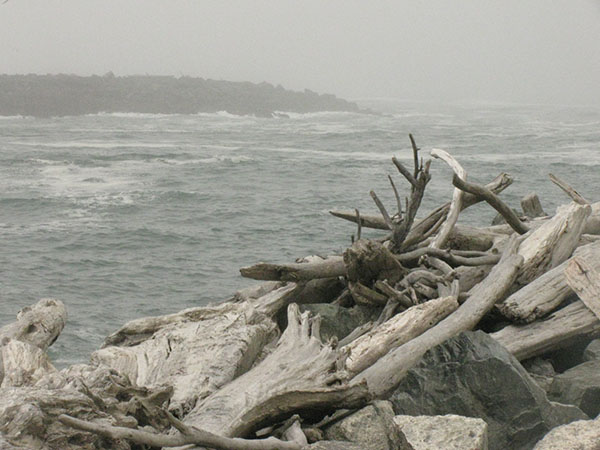 Time for an old cartoon.